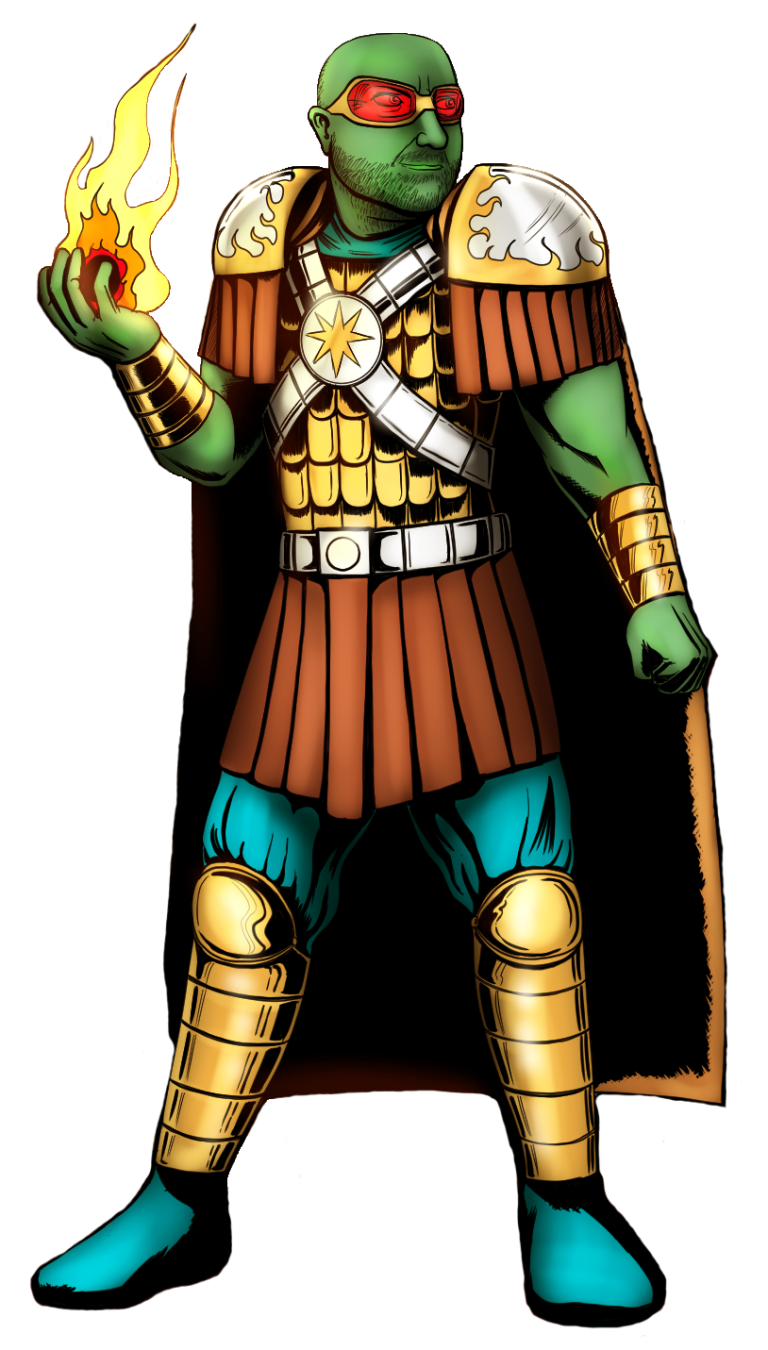 The solar system is huge, and the Universe even bigger! Using current technology, it takes a long time to get from Earth to another planet. Your first task is to calculate how far you would have to travel, on average, if you could travel in a straight line from Earth to the other planets in our solar system.
Use the Activity Sheet that has a table containing the distances of the different planets from the Sun.

Write an equation for determining the distance Mercury is from Earth: 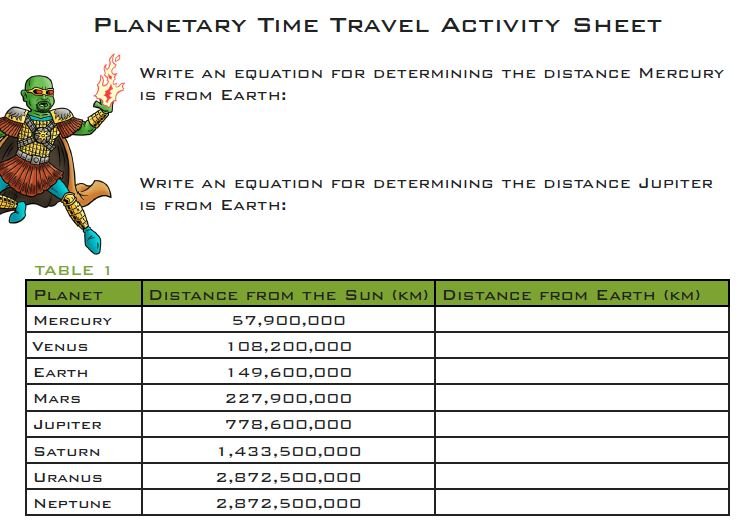 Using your calculated distances from above, calculate the length of time (in hours) it would take you if you were walking, riding a bike, driving a car, riding the Parker Solar Probe, or travelling at the speed of light. 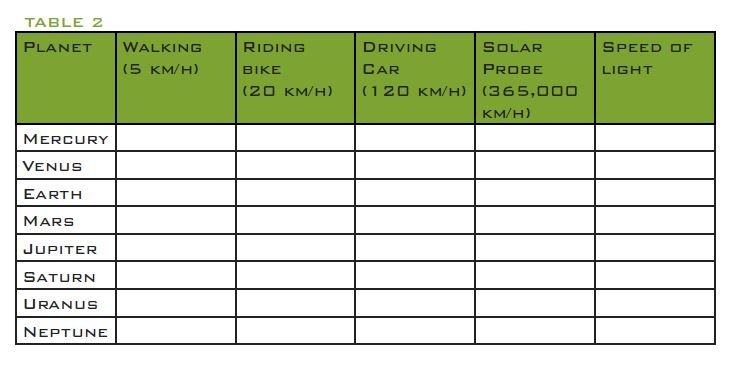